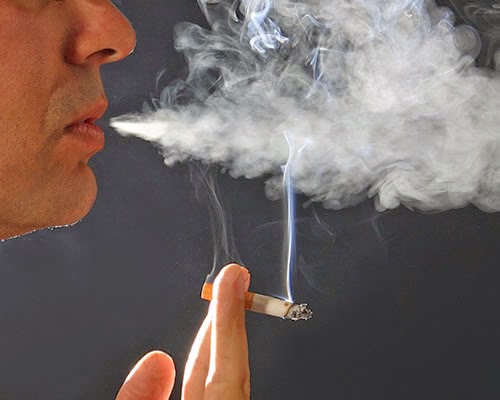 There is no such thing as smokers rights.  It's a euphemism.  It's fake.  It's a manipulative play on the more meaningful term, human rights.  It's interesting that the right to smoke somehow, without question, automatically defaults to being superior to the right to not inhale somebody else's second hand smoke if they don't want to.

So we're not really talking about a right here, more like righteousness.  Funny how those two get mixed up.

Speaking of so called Smokers rights is meant to hijack the emotions, connotations, and legitimacy that embody true human rights issues.  The poor helpless smokers are being abused and downtrodden and all they want to do is enjoy the simple pleasure of their personal choice to smoke.

I'm not buying it. Not when it's in a public place or in a work place where there are others who don't want to smoke but are given no choice when somebody decides to light up in the presence of others.

I'm pretty happy that if things keep going the way they are, I'll never have to inhale the odorous and harmful second hand, third hand, or side stream smoke from someone who's addiction clouds their judgment so profoundly that they actually believe it shouldn't be an issue for others who don't smoke, to have to contend with their habit.

Imagine sitting on a park bench that is absent of the cigarette butts that so many careless smokers discard thoughtlessly littering the sidewalk. I don't have to imagine this anymore.  There is already park space where smoking is banned.  It is quite nice to take in the tranquil vista of a park without a sea of cigarette butts and without the experience being interrupted with the punctuation of somebody's cigarette smoke.

Wouldn't it be great to be able to walk into a building and not have to run the gauntlet of smokers who clearly don't care that their actions affect others so negatively. Why yes, this is great. It is a palpable difference. It will be even better when such bylaws are more wide spread and actually respected.

My preference is to not have by-laws for this kind of thing.  But we do.  We know we need these by-laws because we know how incredibly harmful smoking is to everyone who is exposed to cigarette smoke.  Yet, many smokers overtly express their uncaring demeanours by smoking around those who don't smoke, even when it should be self evident this is not the right thing to do.  Uncaring? Sort of.  That's how these actions effect others.  But the smoker, who is addicted to a substance that provides a reward, is suffering from clouded judgement. That's one of the effects of addiction, it clouds judgment.  It allows the user to contrive justification for their habit, even at the expense of others, by enabling the perception that others needs are not as important their need to get a dose of the drug affecting them.

It isn't as though there are few and far between incidents of smokers conglomerating outside building entrances, there are often hoards of them stinking out the joint. But with newer bylaws that add distance from the entrance of buildings to where one can inhale death-sticks, the smokers gauntlet is thankfully becoming more uncommon.

And yes, wouldn't it be great for those who currently smoke to quit, to rid themselves of the ball and chain that hurts them emotionally and physically everyday.

Yes, that will be great when and if it happens.

Smoking is perhaps one of the most stupid decisions that a person could possibly make.  It's astounding that otherwise smart people still make the decision to smoke.

Or is it?  Addiction and long term habitualized practices are very difficult to overcome.  So is it actually a stupid decision to smoke?  Or, is it a complex addiction that alters reasoned thinking, interfering with the rational choice to quit or treat others respectfully?

It's equally astounding that smokers still try to create arguments to justify their habit.

There is no evidence that the earth is 5 to 10 thousand years old; it's literally impossible for this to be even remotely true, yet people still make up unbelievably crude reasons to suggest the earth is so young.

I put the arguments in favour of smoking in the same room.  It's just idealogical bafflegab.

When I used to smoke (shouldn't be a surprise), I recall knowing I was making a stupid decision, as well as making up all sorts of denial based rationalizations to justify continuing to smoke.

Demonizing non-smokers as panty-waisted do-gooders allowed me to feel superior to them, which made it seem ok to condescend to their cry's for me to be considerate of their precious clean air.

I'm just telling it like it is.  I made these mistakes.

I remember hearing from other smokers that those do-gooder non-smokers are hypocrites because they drive cars that pollute, yet get angry with smokers for stinking out the air people breath.  This doesn't really make sense, but when I was a smoker, I wanted it to make sense so I could find more excuses to defend my addiction (there's the clouded judgment). 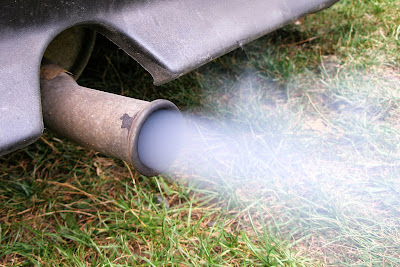 I hear smokers and smoking apologists today making this talking point but baseless argument.  They argue that since car exhaust is bad for you, and you wilfully drive a car, that therefore you're a hypocrite, and your anti-smoking argument is invalid.

It's a false equivelency logical fallacy.

Usually I write this argument off as faulty reasoning, but I decided to put the rhetoric to the test.  How do car exhaust and smoking compare to each other?  Has anyone done this? I thought this argument was a joke, born out of the defensiveness of an addiction tormented myopic mind.

But I was wrong.  Researchers have in fact compared car exhaust to cigarette smoke, with both coming out, unsurprisingly, as bad for you.

So here's what I found:

Is anything being done about the emissions from cars? Yes, this problem is being aggressively worked on and cars pollute far less than ever before, more is needed, especially in light of the VW diesel scandal. Electric car sales are increasing every year, taking a growing piece of the market.  Tesla is selling more units of luxury cars compared to BMW and Mercedes in some markets.

Likewise, in recognition of how harmful smoking is, great efforts have been made to curtail smoking in public places, as well as efforts to help people quit smoking.  So in reality both sources of noxious fumes are fully recognized as harmful and both are simultaneously being dealt with via industry standards, by-laws and public education (with the exception that cigarette smoke is still just as harmful as it's ever been, compared to low emission cars, hybrids, and electric cars which all pollute less).

There isn't really an either - or.  It's a phoney premise to pit smoking against car exhaust as a reason to smoke in public.  Two wrongs don't make a right.

The whole car exhaust vs cigarette smoke thing seems to be non sequitur in the ban smoking bylaw debate.

The argument is based on the idea that without question, car exahst is inexorably more noxious than second hand cigarette smoke, followed by the leap of logic that therefore cigarette smoke is not really a concern.

Here's an interesting study:  Second-hand cigarette smoke contains 10 times the fine particulate matter than does exhaust from an ecodiesel car.

The cigarettes produced 10 times the fine particulate matter as the car.

Here's a report (2) that uses second-hand smoke as the default comparator when assessing traffic pollution.  The title says it all, Traffic Pollution Is as Harmful for Kids as Second-hand Smoke.

It's not like this is anything new.  A report published 1999 (3)  (j.College Sci. Teaching) highlights a common freshman laboratory experiment where car exhaust is compared to cigarette smoke with the latter having higher concentrations of carbon monoxide than a well maintained vehicle.

Interesting studies. I haven't heard of anyone dying immediately of smoke inhalation in a smokey room (from cigarette smoke), but of course we know a person can die of carbon monoxide poisoning if they stay in closed garage with an internal combustion engine running. Even so, to try to argue in favour of smoking because it doesn't kill you quickly like carbon monoxide poisoning does, would be another logical fallacy. Smoking still makes your life worse and can definitely kill you. These studies quantify the airborne pollutants from cigarettes that harm us. You won't die the day you're in a smokey room, but your lungs are still harmed, there's increased carbon monoxide in your blood, and the chances of you dying younger are proven.

Also interesting is how easily we can fall into denial and rationalization of facts that compete with what we want to believe or don't want to hear.

Smokers tend to rationalize smoking and lash out at those who show concern for them and their health. Thats the power of addiction; it clouds judgement.  The reward seeking brain circuitry that is present in addicted smokers is profound.  An addicted smoker will find themselves making all kinds of excuses to justify smoking because the nicotine reward is profound, and they will feel strongly compelled to continue revisiting the reward.

That's what the real issue is here; convoluted and impaired reasoning spurred by addiction.  There actually is no real or justifiable argument that supports smoking.

The world will be a better place with fewer people smoking.  People will feel better physically and emotionally, will be more healthy, and this isn't a bad thing or something that should spur arguments.

There have been many times where the callus actions of smokers have been intolerable to me.  And I'm making no bones about that. It happens, it's real. Overall though, people who smoke are suffering, whether or not they feel comfortable about accepting that for themselves or talking about it to others. Sometimes that reflexive action of doubling down and lashing out just takes over.

Slowly though, more restrictions of where people can smoke are being put in place. Ardent smokers will often choose to perceive this in a way to protect their denial based narrative: big brother is trying to restrict them personally.  But really it's about protecting everyone from the harms of smoking.  It simply isn't fair to dose people with deadly carcinogenic particles to suit ones own addiction.

Societally I think we have to continue to mature, which in my mind includes stopping things like smoking.  There is no safe level of smoking, it's just stupid.  Most people have managed to realize the earth orbits the sun and not the other way around. This is the level of understanding that smoking is bad for us.  There isn't any point debating it, because the facts are in and the debate is over.  Smoking can't do anything good for us, it can only harm us.  It's just the way it is.

Offence was not meant to the smokers who actually give a damn about others, which is probably most smokers.. but.. due to addiction.. any person battling addiction can end up making bad choices that harm themselves as well as others.


Traffic Pollution Is as Harmful for Kids as Second-hand Smoke

Posted by Cris LaBossiere at 5:49 PM No comments: