Yoga is bad for you, and I told you so

How many lies does your yoga instructor tell you?

Hot yoga will detox your body via sweating (impossible, kidneys and liver work 24/7 removing toxins from our bodies, sweat is ineffective at doing this).

Yoga makes muscles long and slender (impossible, the length of a muscle between it's attachments does not change with stretching, nor will a muscle become more narrow.)

Yoga increases your fitness (very mild increase in fitness if you're unfit to begin with, about the same as from a walking pace. If you're already fit, yoga doesn't drive the cardiorespiratory system enough to make you more fit than you get from running, cycling, swimming, hockey, volleyball, or pretty much any vigorous activity).

And the big whopper, yoga is gentle and you won't get injured (many people get injured from yoga by pushing too hard, and trying to "go deeper" into senseless poses). 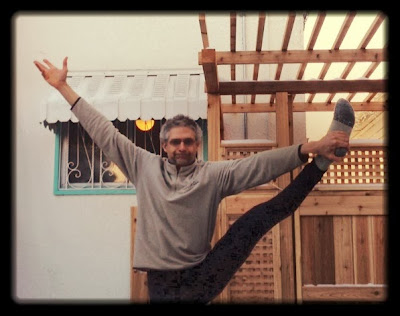 I'm not ultra flexible, but in reality, nobody needs to be.  I stretch for about 10 minutes in total over a week.  No, those are not yoga pants, those are my long-johns

Here's an article with a long laundry list of injuries and the reasons for them, that occur during yoga;

The most offensive part of how most yoga classes are "taught" (more like preached, yoga is a religion, after all), is that yoga uses tried and true Machiavellian methods and cult indoctrination to convince people they should keep coming. It's the age-old promise of hope delivered with a well practiced smile, a deceiving smile.

Very, very few yoga studio's are not guilty as charged, in my observation.

Watch and see.. now that the initial honeymoon period of the recent yoga fad is waning and losing some of it's halo effect, we will see more and more real facts about yoga coming out.  More about the injuries, more about the obviously mythical claims, and more about how misleading yoga really is.  My only caveat is that there may be some genuine well intentioned yogis out there who don't lie about toxins etc, and won't try to push you into unrealistic poses.  Good luck in finding them. 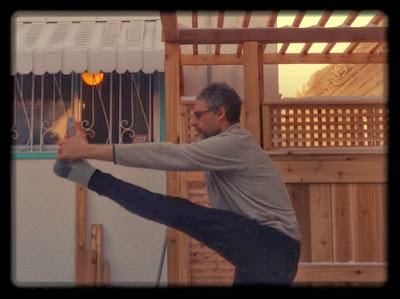 This moderate amount of flexibility does not require 30 to 90 minute classes 3-5 times per week.  Just a few minutes every other day or so.  BTW, it was easy for me to go out in my back yard in -12C weather and strike this pose.  So much for the "need" for hot yoga

Here's an article I've done previously on yoga, which breaks down the most common phoney claims that are propagated by yoga.

Click on the link below to learn about phoney detox claims, how yoga isn't as "hard" as many think it is, and about research that shows it's fairly useless for fitness, has no advantage over simply stretching, and, say it ain't so, is NOT the be-all and end-all for stress management or a peaceful mind..

Is yoga the only exercise you need?
Posted by Cris LaBossiere at 10:34 AM No comments:

That can't be right.  Isn't it true that regular exercise, healthy eating, and regular healthy sleep will infuse you with a healthy vigour?

Isn't it true that as fitness increases and weight decreases you feel more confident in your health and experience an overall increase in happiness and self esteem?

Yes, those things are true.  Here's what else is true, it's another one of those elephants in the room.. 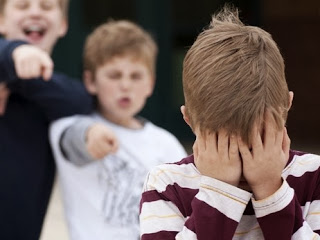 It's an interesting irony.  We're inundated with stories in the media about how we're harming ourselves with poor eating habits and lack of exercise.  We see success stories of how people turned their lives around, reducing their cholesterol, blood pressure, blood sugar, and increased their fitness by living healthy.

We're inspired to do better, but when people start practicing what is preached, many face ridicule and rejection from others, even from friends and family.  People bear the burden of extra stress and humiliation for making healthy choices.  How healthy is that?  Shamed for trying to be healthy.  Now that's a real shame.

To be clear, there are positive stories where a family member decides to eat healthier and in so doing influences others in the family to start eating healthy as well.  Everybody wins there.

A client of mine recently told me about experiencing some stress about how this years family Christmas dinner was going to pan out.  They're making an honest effort to eat less and felt that the typical Xmas day pig out was going to be stressful for them.

They called a family meeting to talk about it.  Turns out the rest of the family was very supportive and revealed that they also wanted to eat less and reduce the amount of junk food consumed on Christmas day; they wanted the family time, minus the overeating. 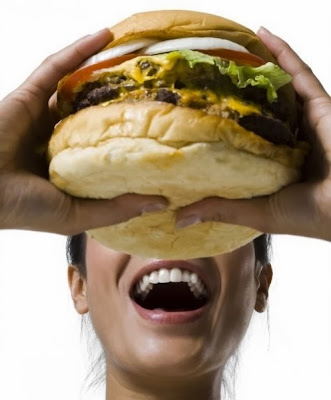 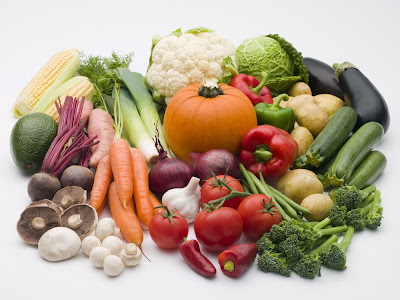 Eating this? Get lost loser!

I also hear people telling me that since they started eating healthy, that they've found most restaurants, with their high salt, high fat, high calorie meals, have extremely limited menu choices for healthy eating.

To overcome this the healthy eater needs to order off-menu.  That's when the eyes start rolling.  That's when the comments start, "why not treat yourself?  Just eat it the way it is.  It's not going to kill you."

The thing is, eating 100% more food than you need isn't a treat, it's a trap.  Many of those who get this and are trying to escape the daily cycle of overeating begetting more overeating, are faced with peer pressure to keep overeating, and face social rejection if they don't overeat.

I've had many people tell me about how stressed they feel when they go out for food with others or are invited to dinner in someones home.  The explain how they're singled out.  They become the laughing stock as low-ball jokes about them eating less are flung at them while the whole crowd has a laugh at their expense, which is typically followed up by them being told they should suck it up.

Eating healthy is like smoking; it's not socially acceptable in many occasions.

When you're eating a chicken salad and others are eating hot-dogs, it's not uncommon for the hot-dog eaters to wave their hot-dogs around saying, "Mmmmm.. you don't know what you're missing!  Sure you don't want one?  How's that rabbit food you're eating?"

Really?  How about not saying anything?  How about respecting others?  Or maybe simply say something positive, "hey that looks tasty".

I've seen so many people stop their efforts to eat healthy because the peer pressure was too much.  It's like you have to be a closet healthy eater.. don't tell anyone you eat low sodium nutrient dense food, shield yourself from the public humiliation.

That's not good.  Many folks are making an honest attempt to reverse poor health or risk of poor health, and many are trying hard to conquer eating disorders or occasional disordered eating where food is used to deal with stress.  For those trying to overcome these challenges (more than 70% of the population overeats daily), it's overwhelming to also deal with the ridicule for trying to do the right thing, so they stop trying, and their health remains at risk.

For many people being ridiculed for eating healthy isn't pleasant.  Why would it be?

When is ridicule and rejection a positive thing?

Humiliation and ridicule is an unfortunate human behavior.  It's something we have to learn to cope with, but does that mean that such behavior is justified?  I don't think so.  It happens, but when it comes from your family and friends, it carries more emotional impact.  Words can, and often do, hurt.

You would think that making healthy choices would be celebrated and supported, and often it is, but much of the time it isn't.

I think it's weird, and also unconscionable, to put all that effort into slagging someone for eating healthy or exercising.  I think those who do so have their own issues that they don't understand, and are definitely challenged when it comes to common courtesy and respect for others.

Overall it isn't worth succumbing to the trash-talk of others, even though it may feel like that's the easiest way to make to it stop.  If you're finding yourself in this position, it may be time to reflect on who your real friends are, as well as staying true to what's best for you and your health.  Your health is worth defending, and worth making lifestyle changes for.

Posted by Cris LaBossiere at 10:58 AM No comments: