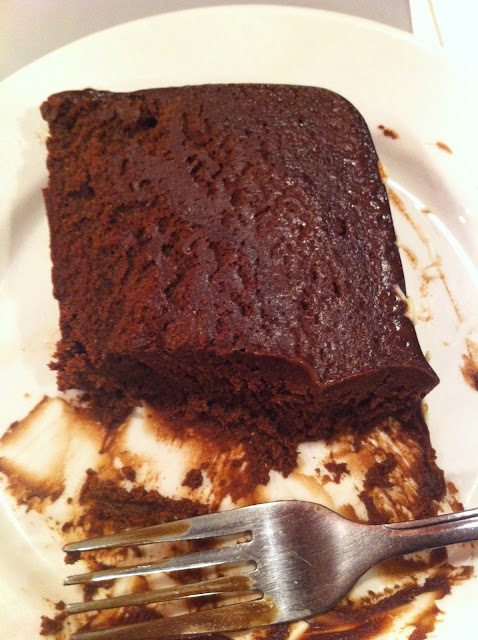 A few years ago Mark Haub, professor of human nutrition at Kansas State University made the news with a controversial diet he placed himself on where he ate mostly Twinkies, but maintained a daily food energy intake of 1600-1800 calories, providing him a significant caloric deficit.

Haubs commented that previous to his convenience store diet he ate healthy foods, a mix of fruits, veggies, whole grains, nuts, and lean meats, but was overweight because he ate too much.

He did his 'diet' to demonstrate to his students that fat loss and gain is all about calories in, calories out, regardless of the quality of food you eat.

When his weight loss success hit the news it drew mixed reviews and as one might imagine, many of those reviews were critical.

His diet was nutrient poor, not very much delivery of vitamins and minerals, but it wasn't his intention to recommend a junk a food diet.

It was simply a demonstration of how calories are king.  Eat too much, even healthy food, and you'll pack on pounds of extra body fat, and that excess body fat will drive up tryglicerides and cholesterol, as well as blood pressure and blood sugar over time.

The professor made the point that there is often a disconnect between eating healthy and being healthy, indeed he was a living example of this; a professor of nutrition who you would think would know how to eat healthy, became overweight by eating too much healthy food, then lost weight by eating junk food, but fewer total calories, enough to provide an 800 to 1000 calorie daily deficit.

Let me clarify; eating too much healthy food isn't bad because healthy food itself becomes bad.  The body simply stores excess calories consumed as fat.  It doesn't matter if the extra comes from Twinkies or from strawberries.  The advantage of nutrient dense healthy food is that in addition to getting the fats, carbs, and proteins we need, we also get all the vitamins and minerals we need, plus other phytonutrients and antioxidants we don't get from junk food.

So the professor ate junk food, but not very much of it.  His deficit is too large for most.. 800-1000 calories per day less than what is needed to maintain weight leaves most feeling hungry to the point of irritation and increased appetite that makes it too difficult to resist a chow-down.  300-600 calorie deficits have been shown to be realistically manageable and one would not need to achieve this every day, maybe most days, with an avoidance of overeating on the other days.

Back to my deadly chocolate mousse.

I used to eat this stuff more often.  It tasted fantastic but ultimately was not as satisfying as I once found this kind of food.  Our palate is trainable.  We can learn to like new things, and even lose the appreciation for something we once liked.  Anyone who's made the switch from whole milk down to 2% or down to skim knows what I'm talking about.

Try whole milk after getting used to skim milk and the whole milk tastes like liquid lard.

I recently overcame my life long hatred of brussels sprouts.  Love them now.  Just had to eat enough of them to adapt.

Did I overeat on the day I ate my delicious chocolate mousse?  No.  In fact I had a caloric deficit.

And so what if I would have ended up going over by a couple hundred calories.  Over a little on some days, under a little on others, so long as we're relatively even most of the time we wont gain or lose body fat.

Our trouble is that we overeat too often, and place significant importance on the cakes and donuts for reward and not so much on the healthy foods.  We see the healthy foods as the doldrums of human existence that we have to do to try and stay somewhat healthy, and that thank goodness, we can overeat junk food to celebrate and make life worth living.  And then we wonder where the extra weight came from.

I'll still eat deadly chocolate mousse from time to time, but like whole milk, I no longer have as much satisfaction from it as I once did.  The fatty part doesn't agree with me that much, but I sure like the chocolate.

I feel greater reward overal after eating spinach salad than after eating chocolate mousse, and no, I'm not crazy.  Like I said, the palate is trainable.  Give it time and the preference moves away from calorie dense foods and towards healthy foods.

If I started eating more of the crap again I would begin to like it more again.  Knowing that this is how the body works is an advantage.. To reduce the power of cravings for crap food I know I need to avoid eating crap food often.  If I start eating too much of the crap again I will naturally gravitate towards it.  We are habit forming creatures.  It's how our brains work.

Just like the professor of human nutrition, I know how to eat healthy, but that doesn't prevent me from gaining body fat.  Knowing isn't enough, it's doing that counts. Only avoiding eating too much too often will maintain a healthy weight.

Part of doing that includes putting chocolate mousse in its place. Which yesterday was in my mouth, but not today. Today is the other side of the balancing act.

*Update*  I've been diagnosed with GERD.

In learning about GERD and how to manage it, I learned chocolate can cause the oesophageal sphincter to relax, allowing stomach acids to pass into the oesophagus.  It's very, very rare that I'll eat chocolate now, and if I do, it's a very small amount, not enough to cause reflux.  No more chocolate mousse for me.

As we age, even if we take good care of ourselves, we can still develop medical conditions, as I have.

My previous habits of pigging out after a big training ride on my bike, stuffing my gut full at all you can eat pasta restaurants, certainly didn't help my gastric health.. that's a lot of pressure to put on that valve between the stomach and oesophagus.

If you like chocolate and it's not a risk for you, by all means enjoy it, but try to keep the serving size healthy, and don't let your head fool you into thinking you must have it :-)

Posted by Cris LaBossiere at 12:05 PM